The most important expansion area for tigers, living wild in Thailand, is located in the so-called Western Forest Complex. About 130 of the still remaining 196 Indochinese tigers live in this area, protected by Thai game rangers.  Show more 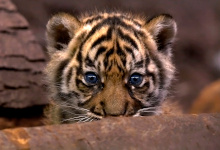 Maintaining tiger habitat, increasing the number of tiger prey and stopping poaching are the main measures to protect tigers. Successes from the past years show that the tiger recovery program in Thailand's Western Forest Complex bears fruit. Show more 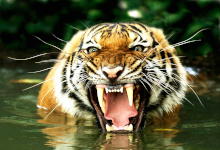 In Thailand's Western Forest Complex poaching remains the greatest threat of all illegal activities in the forest. Endangered species such as the tiger are no longer the only ones threatened by poachers, but rather also their prey. Show more

The world is currently facing the biggest mass extinction since the dinosaurs, some 65 million years ago.  According to the Global Assessment Report on Biodiversity and Ecosystem Services released in 2019 by the United Nations’ Intergovernmental Science-Policy Platform on Biodiversity and Ecosystem Services (IPBES), up to a million species are at risk of extinction, many within decades, more than ever before in human history. The reasons for the mass extinction include shrinking habitat, illegal hunting, climate change and pollution, according to the Natural Resources Defense Council (NRDC).

The IUCN (International Union for Conservation of Nature) confirms with its red list of threatened species that 25% of all mammals, 41% of all amphibians, 30% of all sharks and rays and 14% of all birds are threatened with extinction. Scientists believe that pollution, land clearing, and overfishing might drive half of the planet’s existing land and marine species to extinction by 2100. Despite these facts it’s not too late to make a difference and help save biodiversity. From supporting local agriculture, to embracing alternative energy sources such as wind and solar, to using landscaping that preserves the natural environment, or using less plastic, we all have opportunities to make a difference.

The A World for Animals Foundation‘s mission is dedicated to conserving the world's biological diversity by protecting animals, especially endangered species, and their habitats. It operates under the simple principle that all lives are equally valuable and must be treated respectfully.

The focus of our current projects lies on protecting tigers which are, with only about 3,900 roaming wild, categorized as endangered species by the IUCN. If we do not take action now, the 6 surviving subspecies which are still left will disappear from Earth forever just as did the now extinct Bali tiger, Java tiger and Caspian tiger.

A World for Animals Foundation is a non-profit 501(c)(3) organization.